Step 1 in Rebranding A Twitch Stream

If you don't know, I have my own video game stream using the platform Twitch. I've done a rebrand before, but as I'm not a large streamer with a big audience, I feel as though I've given up on my branding and missed out on attracting viewers. I also don't utilize social media in a way that could increase my following. That's why I've decided to start all over and document my process!

As an added measure, I've scheduled out key steps in my process and when I want to achieve them. Nothing motivates me more than deadlines after all. In total, I'm giving myself 2 months to research, design, create, implement, and test new assets for my channel. Below you can see how I've planned everything out. 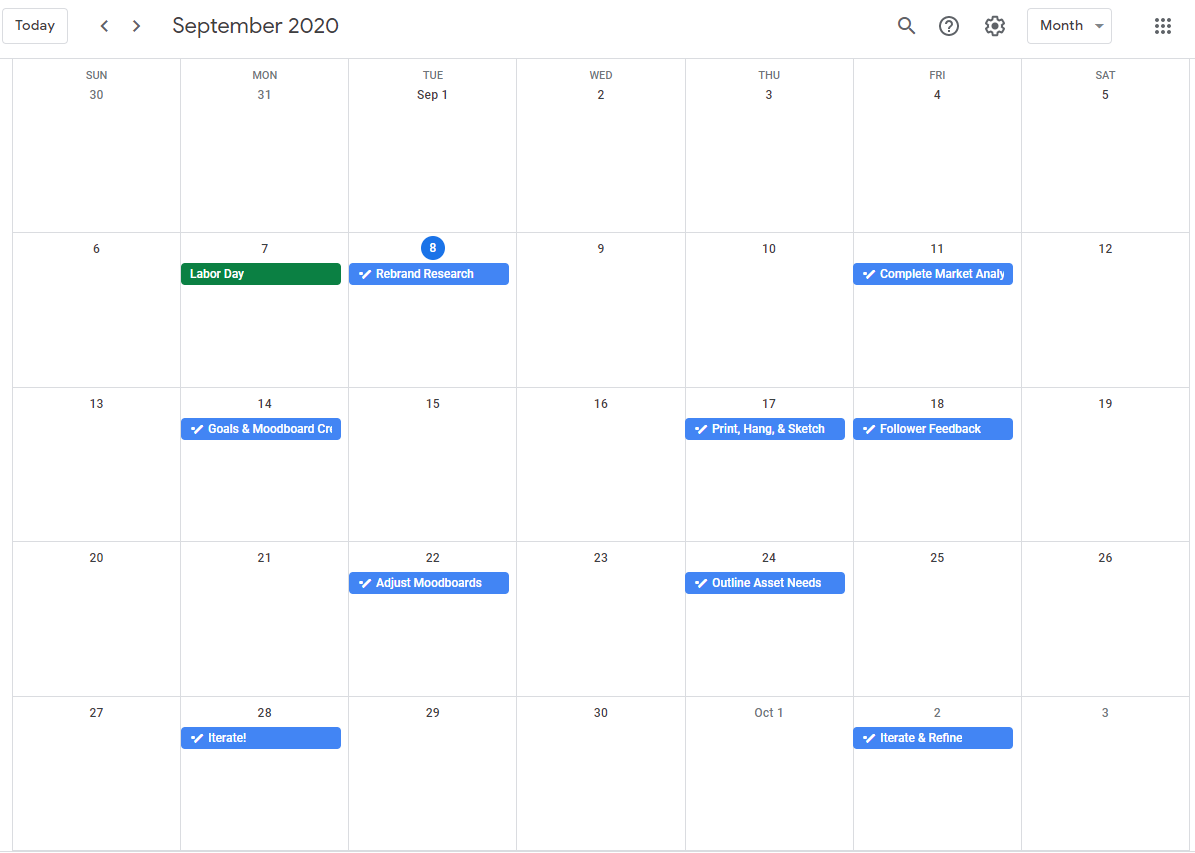 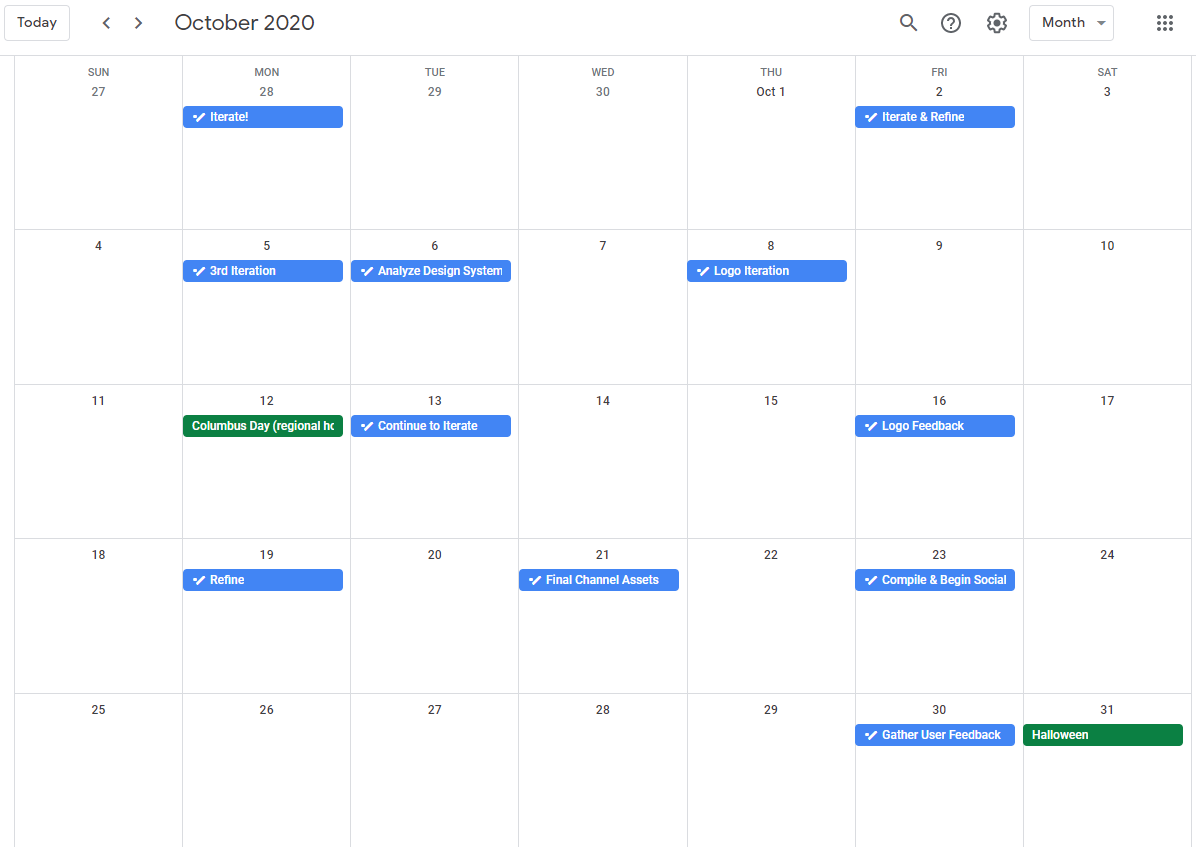 So now that I have my schedule laid out, I can begin my research. Step 1 is going to be taking a look at the current analytics of my channel and setting the goal for where I want to be in a month, in 3 months, and in a year. I don't want to be too ambitious with these goals as I do work a full time job and need to leave myself time to rest, recharge, and meet up with friends. So here's a look at an average month of streaming for me.

You can see that I average about 2 views per stream, 5 followers per month, and $5 in revenue from ads and subscriptions per month. Right now, I want to focus on raising the number of views and followers. Revenue is not a primary concern of mine since it isn't my main source of income and will naturally go up as my followers and views per stream increase. To set a solid numerical goal, I'd like to see a 70% increase in followers per month (so from 5 to roughly 8 new followers) and a 150% increase in viewers (from 2.2 viewers per stream to 5.5 viewers per stream) over the first month.

I will be implementing 3 strategies to achieve this goal. A complete rebrand of my channel that incorporates viewers feedback and opinions, schedule rework, and the implementation of social media. Over the 3 months following the rebrand, I'd like to keep the goal of 8 new followers per month and increase my average views to 6 per stream. Finally, over a year I'd like to have 10 new followers per month and an average of 10 viewers per stream.

To start with, I'm beginning my research by focusing on female Twitch partners with an average of 75+ views per stream and over 500 followers. My reasoning for being this specific is because that's the type of channel I'd like to be some day. The first channel I'm looking at is FairyGirl.

She averages about 350 views per stream and has 14.2k followers. She streams everyday at 8am and focuses her content on League of Legends. She also does not use a camera but does have her subscriber goal and music as interactive elements on her stream. Below you can see her channel branding. 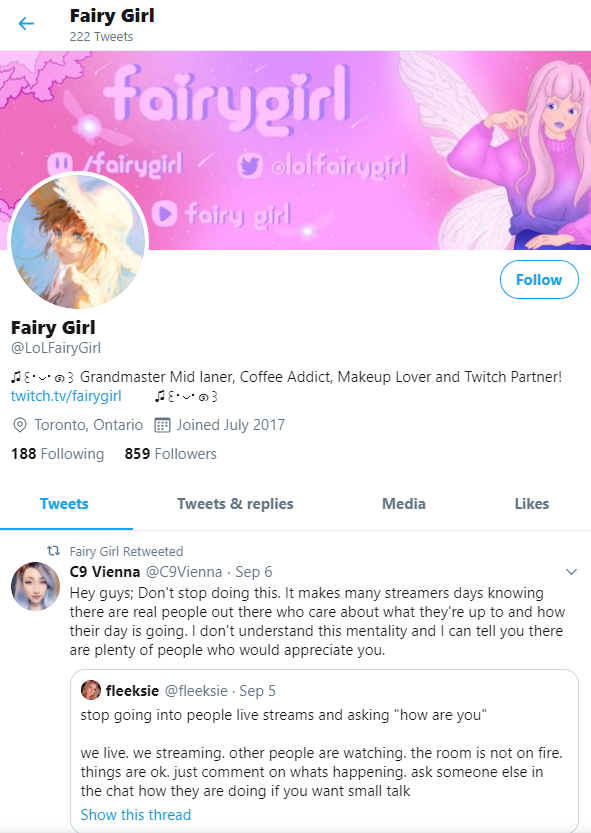 A quick analysis shows her branding focuses on pinks and purples, rounded text, and fairy motifs. However there's a lot of inconsistencies between her channel and social media. The only thing that consistently ties all 3 together is her profile picture and username. This creates a look that's disjointed but close to being recognizable. So what makes her channel so successful?

For one thing, she has a super consistent stream (9am-5pm EST). Streaming is her job! She also updates her twitter nearly every day and her YouTube channel every week. That means her followers can expect consistent content, something thats really important for streamers. She also has a really high rank and engages with her audience. Her channel also feature custom emotes that pair well with her username.

Next up is DittoDotje. She has only 274 followers but averages about 200 views per stream. She does not use a camera for her stream but does have a cat gif as a replacement. Ditto also does not link any other forms of social media to her Twitch channel. Below is her branding.

Just like Fairy Girl, she focuses on a pink and purple color scheme, although hers is a bit darker. The interactive elements on her stream are pretty simple and not intrusive at all. I think what's successful is her constant interaction with her chat and her high league rank. She only streams 2 times per week and states in her about that she does it for fun.

My final contender is LeClumsyFox. Her channel has 36k followers, but only averages about 100 viewers per stream. She has Twitter, YouTube, Tiktok, and Instagram as her primary social medias. Her content ranges a lot from just chatting, to video games, to poetry. Here is what her social channels look like. 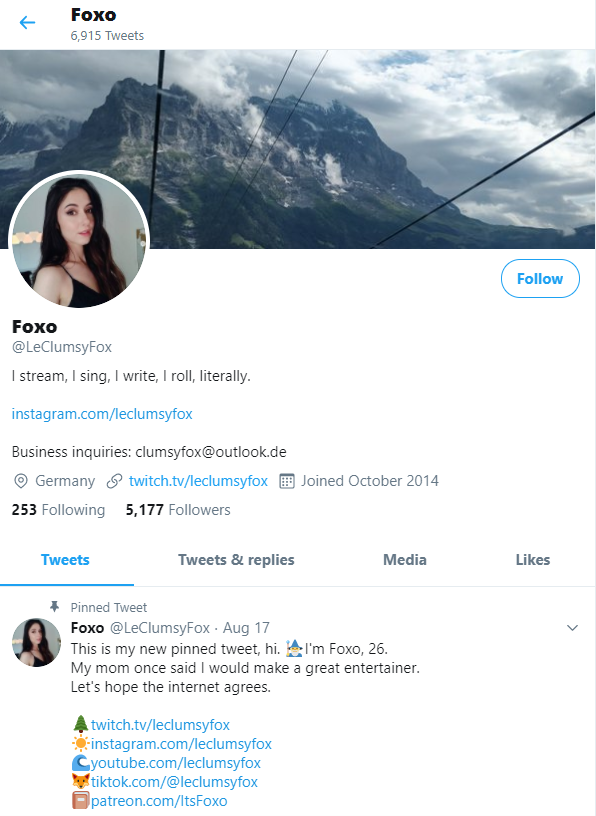 She has the most inconsistent branding but a lot of this can be attributed to having a lot of different content. So what makes her stream successful? Her engagement to her chat for starters. She does a lot of just chatting streams so LeClumsyFox is constantly engaging with her audience. She also keeps up her appearance and is active on her other socials posting at least once a week.

I'm not going to lie, I'm lazy when it comes to channel upkeep. With that in mind, I want to create a lot of assets that are either one and done or reusable, especially for social media. So starting with aesthetics, here's some styles that I like. 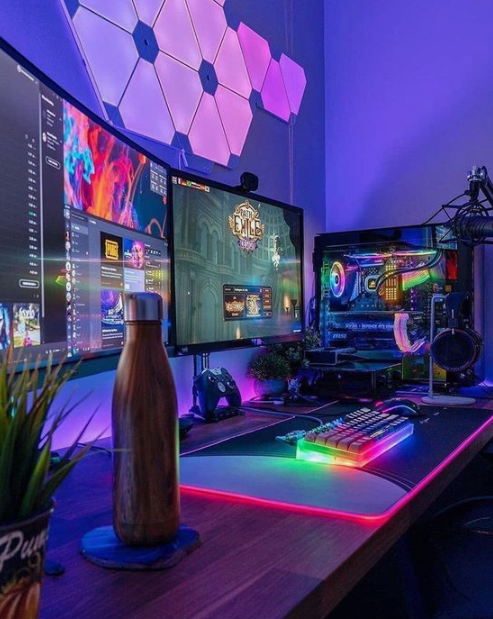 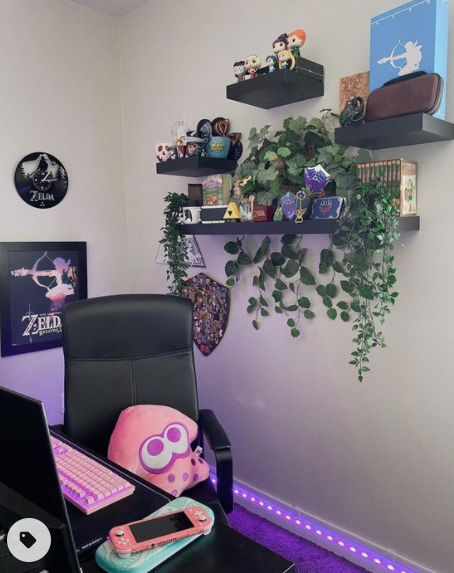 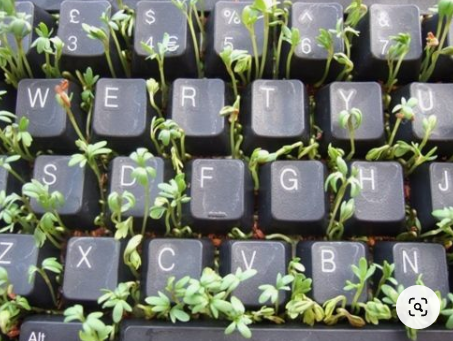 Settings that include natural elements like plants and wood are really attractive to me. I also love the cool LED lights. Considering I'm a plant hoarder, I think this could be a really unique direction for me. However, it could have it's costs as I'd need to upgrade a lot of my setup for this.

Continuing on, here's some of the things I don't like; edgy pictures, exaggerated expressions, and so much pink. Yes, I'm a female gamer, but I don't want people to equate the color pink with being a necessity for streaming. They hold appeal for some people, but just not me. Below you'll find some examples. 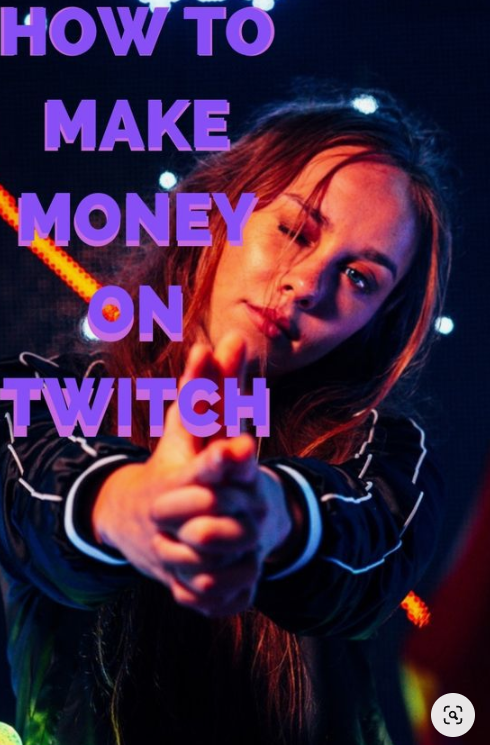 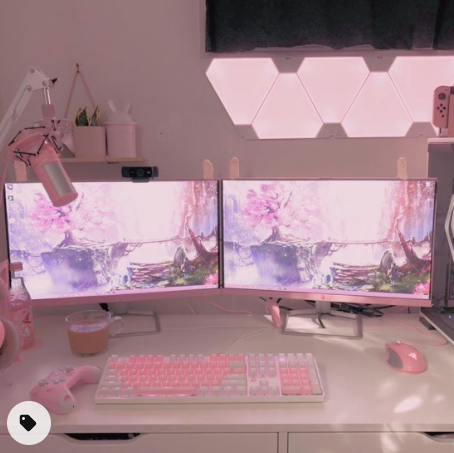 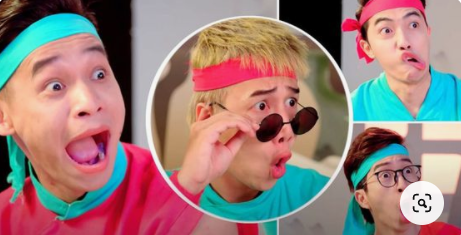 There's some obvious themes between the channels that I analyzed, but the biggest one is consistency in actually streaming and releasing content. So before I even start my rebrand, I'm going to focus on reworking my schedule. Instead of simply streaming when I want, I'm going to stream 4 times a week from 7pm to 10pm CDT. I also will be posting on Twitter once a day. For my Instagram and YouTube, I will wait until after the rebrand to determine my schedule for those.

Another theme was color. While all three of the channels I analyzed did not have consistent graphics, they did have consistent coloring (pinks and purples). CTAs were also super consistent in the streams. While each had their own tone, they regularly at the start and end of their stream either ask for follows or subscriptions. This is something that I need to start doing.

In regards to typography, there was a lot of differentiation between channels. The only real consistency was that the typeface felt "feminine". This means a lot of soft, natural curves in the text. That theme could be translated further into the graphics used by Fairy Girl and Ditto.

That's all for the research section of this project! I'll be updating this as I continue to do research and I hope you'll follow along on this branding journey. Feel free to subscribe so you get updates on new posts or follow along on Medium.